John Humphreys' Boatshed was, for a number of years, the most northerly building on The Spit.

John Humphreys’ boatshed, with its state of the art slipway and repair shop, was an institution amongst local and visiting boaties. Located on Sea World Drive, just north of the Southport Yacht Club, it was for a number of years the most northerly building on The Spit.

Humphrey’s business gained an enviable reputation for quality service and ‘Johnnies’ ability to locate rare engine parts. The building consisted of two separate two storey buildings constructed on either side of a slipway. The first building was built in 1955. Ten years later a duplicate two storey extension was built which resulted in the enclosure of the slipway. Blessing of the Fleet ceremony on the Broadwater, 1973. Photographer Bob Avery

Humphreys’ boatshed together with the Southport Yacht Club attracted an ever-increasing number of private boats to the deep waters of the Southport Basin in the Broadwater, and eventually influenced the marina developments of The Spit in the 1980s.

The boatshed was owned by J. L. Humphreys until 2001 when it was listed on the Queensland Heritage Register. In July 2004 the boatshed was damaged by fire and was demolished in 2005.

Scale drawings, layouts and photographs were taken of the site by the Queensland State Government prior to demolition. The remains of the concrete slipway are on the Gold Coast Local Heritage Register. 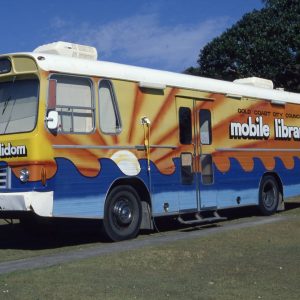