William Lather was involved in local government for 49 years.

William Lather (1859-1933) was a resident of Southport for 56 years and the son of John Conrad and Louisa Lather, who were among the first European settlers to purchase land in Southport.

William’s father, John Conrad, arrived with his family in Brisbane in March 1855. They had travelled on the German immigrant ship Aurora which ran ashore on the southern point of Moreton Island within sight of Brisbane. The 300 passengers and crew were safely bought ashore at low tide with the assistance of the cutter Cleveland. Following their dramatic arrival in Brisbane, the Lather family lived in Caboolture and Eagle Farm where John Conrad met and married Louisa Jane Cowderoy. William, who was their second son, was born in Caboolture and attended Nudgee State School and Brisbane Grammar.

The Lather family purchased property at Southport at the first land sales held at Beenleigh in 1874. On moving to Southport at 18 years old with his family in 1877, William worked as a book keeper for his father at their saw mill on the Nerang River at Gardiner’s Creek just north of The Southport School (TSS). In 1886 William married Fanny Glandour Perkins of Toowoomba and together they had four sons and four daughters.

William was interested in sport and was a member of Southport’s first cricket team. He was also a Lieutenant-Colonel and officer in command of the Southport Company of the Moreton Regiment. He was involved in local government for 49 years becoming a member of the first Southport Divisional Board in 1883 and chairman of the Southport Shire Council from 1890 to 1893. He was appointed clerk of Southport Council in 1897, and remained in office for 36 years resulting in one of the longest terms of service held by any local authority clerk in Queensland.

William was also very active in public affairs and was the president of the local Show Society, a founding member and president of the Southport Bowls Club, the Southport Ambulance Transport Brigade and the Southport School of Arts. He was also a member of the Congregational Church in Southport and, in the week prior to his death, had been unanimously re-elected to the position of its treasurer. William died suddenly at his home in Scarborough Street on 17 June 1933 and is buried at the Southport General Cemetery. 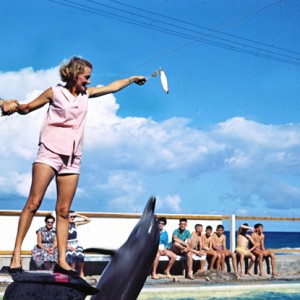