The source of the Nerang River are small streams on both sides of the Numinbah Valley. Following the first official survey of the area by Assistant Surveyor Robert Dixon in May 1840, the Nerang River was initially named the Barrow River, in honour of Sir John Barrow (1764-1848) then the Secretary of the Admiralty. The Barrow River appears on the early maps of Moreton Bay by William Baker but the name only survived in use for a short period.

The first contemporary record of the name Nerang Creek or River being used occurred in 1853, when the Reverend Henry Stobart, tutor to Lord Henry Scott-Montagu and Lord Schomberg Kerr sailed down Morton Bay to the present site of Southport and Stobart wrote of ‘Nerang Creek’. It is suggested that the tutor and his charges were accompanied by others who knew the area well. The Queensland Place Names Board notes that the word may have been derived from the Bundjalung language, and refers to either a small river, or shovel nosed shark. By the 1860s, Nerang was commonly used in regional newspapers as the name of the waterway that emptied into the Pacific Ocean near the small settlement of Nerang Heads, later renamed Southport.

Early timber getters Edmund Harper, Bill Smith and William Duncan were the first new settlers to follow the river from its source of small streams from both sides of the Numinbah Valley. Cave Creek descends from the western flank of Springbrook Plateau running through the Natural Arch National Park, Daves Creek descends from the eastern flank of Lamington Plateau, while Nixon Creek descends down a precipitous gorge and by way of the Ballunjui Falls beneath Binna Burra to reach the river north of Egg Rock. Nerang River in the vicinity of the Evandale Parklands, 5 January 1986. Photographer Fred Saxon

Beyond Pages Pinnacle the river reaches less mountainous country, and in the vicinity of the former settlement of Advancetown is joined by smaller streams such as Burns Creek, Belliss Creek and Back Creek. This area was chosen for the construction of Hinze Dam. The dam was constructed in 1976 and covers the former confluence of the Nerang River and Little Nerang Creek.

Little Nerang Creek flows between the Wunburra and Nimmel Rages and passes the western flank of the Tallai Range before joining the Nerang River. It receives most of its water from the off-flow from Springbrook, from Mundara, Ee-jung and Boy-ull Creeks and Purling Brook Falls.

The enlarged Nerang River then flows in wide arcs through to Gilston where it is joined by Bridge Creek which rises in the Tallai Range. The last significant source of fresh water to the Nerang comes from Crane Creek which flows from the southern slopes of Mount Nathan.

Close to Crane Creek, at Weedon’s Crossing, a low barrage intake and pumping station was completed in 1932 to provide Southport with water supply. This remains the lowest point on the river not affected by tidal saltwater. This water supply provided fresh water to the northern Gold Coast until November 1961. 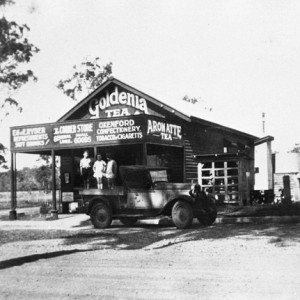 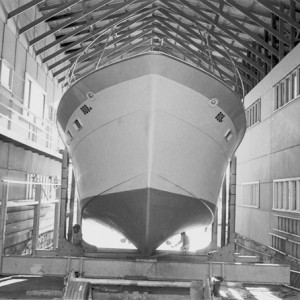 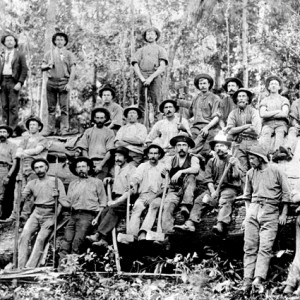