The Binstead family, timber-getters and farmers, settled near a good ford in the river which was accessible except during times of flood.

The region known as Coomera, takes its name from the river that runs through it. The Coomera River starts in the Lamington Plateau and makes its way down through the valley between the Beechmont and Darlington Ranges to Upper Coomera where it flows along the floodplain of Lower Coomera before emptying into the Broadwater.

According to an early historian W.E. Hanlon, the name originated from kumera kumera a Yugambeh word for a native species of wattle. In a neighbouring dialect the word referred to blood. Rory O’Connor in ‘The Kombumerri: Aboriginal People of the Gold Coast’ states that the word means blood or vein and refers to the river as the life source of the surrounding lands. An early settler in the area, Charles Binstead, believed that the word kumera referred to the river

It is believed that Captain Patrick Logan initially called the river the McLean, however Robert Dixon, the official surveyor of the South Coast, choose the name Arrowsmith after the firm of London cartographers who were publishing maps of New South Wales during the mid-1800s. The River Arrowsmith is clearly marked on a 1853 map, published by John Arrowsmith and drawn from a compilation of early surveys, prior to the formation of the colony of Queensland in 1859.

Before his death in 1855, Sir Thomas Mitchell the New South Wales Surveyor-General renamed the river the Coomera in keeping with his strong preference for retaining local Aboriginal place names. Despite this, the river continued to be referred to as both the Coomera and Arrowsmith until as late as 1865.

By 1865 the river was already an important waterway for timber-getters working in the Hinterland. The Binstead family, timber-getters and farmers, settled near a good ford in the river which was accessible except during times of flood. This route was used by the first horse mail run between Brisbane and Nerang. By 1869-1870 the government had financed the extension of the Coach Road from Pimpama to Nerang which travelled to the west along the foothills.

Most European settlers in the Coomera district were involved in timber-getting, saw-milling, dairying, mixed farming or the growing and milling of sugarcane. In 1871 the census recorded a population of 204 settlers living in the district which included 145 males and 59 females.

While the  district was both an agricultural region taking the name of its local river and, from 1879, a local government area known as the Coomera Divisional Board, there was no official township. Instead, a small settlement had developed in the hills near the Binstead property and the ford. It included a public house, blacksmith and small store. An accommodation house and post office was run by the Binstead family. This area, which became known as Upper Coomera, was also the site of the first school in the region and the location of the School of Arts.

Later a ferry service was established downstream on a site called the Ferry Township, or Lower Coomera, to distinguish it from the original settlement. By 1881, the number of people living in this township was recorded as 52 and within a few years the township had its own police station.

Travellers used the more direct southern route and Lower Coomera grew and prospered. The Coomera Divisional Board constructed an office in the township and the population in the surrounding area reached 1,578.  However, by the beginning of the First World War, the population was falling and was estimated to be only 845 people.

Lower Coomera was located on the route of the South Coast Rail Line and a railway station, officially named Coomera, was opened in January 1889 confirming the future of a permanent settlement. It was not until June 1930 that a vehicular bridge, running parallel to the rail bridge, replaced the ferry that had operated across the river for decades.

The area has seen many changes since European settlement with an increasing shift from rural properties to smaller acreage and residential housing including water front development and canal estates. Major industries in the area, including theme parks and boat building, have replaced the earlier timber and farming activities of the district. The population of the combined areas of Coomera and Upper Coomera was 46,017 in the 2016 census. Cars waiting for the Coomera ferry to open, circa 1920s. Photographer unknown Picnic in the vicinity of Reserve Road, Upper Coomera, 23 May 1912. Photographer unknown Looking south to the Upper Coomera School of Arts, circa 1930s. Photographer unknown 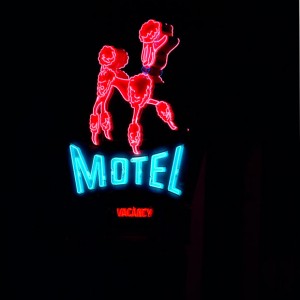